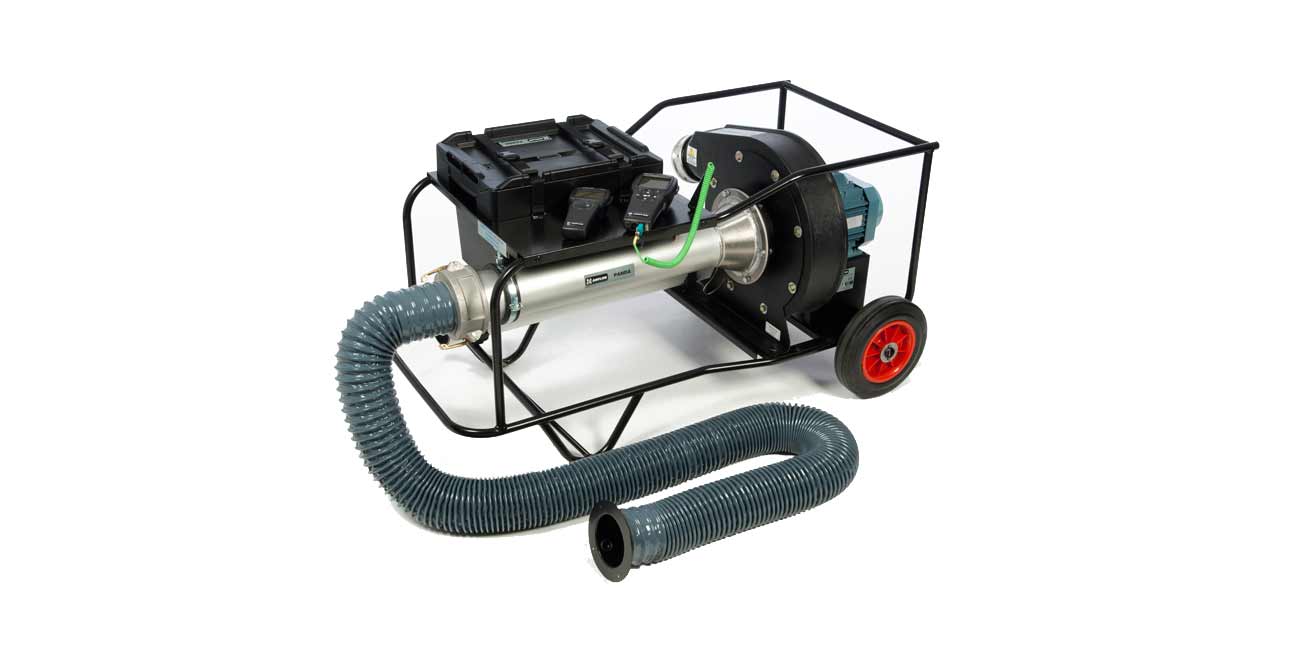 According to industry experts, almost half of the duct systems installed for air conditioning and ventilation systems do not comply with European Standards. The ductwork needs to be air tight as air leakage can result in costly energy losses. For large buildings the energy losses can be as high as 20% of the annual energy consumption of the building. In more critical environments, such as hospitals or laboratories air leakage can affect the people’s health and in cleanrooms can be a source of production quality issues.

A duct leakage test should be standard procedure during final approval of a new building and as part of an annual maintenance program. It uses a powerful air blower to pressurise the ductwork quickly and then TSI Airflow Handheld devices accurately identify and quantify the air leakage. The PANDA has the standard tests built-in (EN12237, EN 1507 and Eurovent 2/2) and test results can be either printed on-site via bluetooth or downloaded onto your computer.