New features for the OMC-140 has been released!! 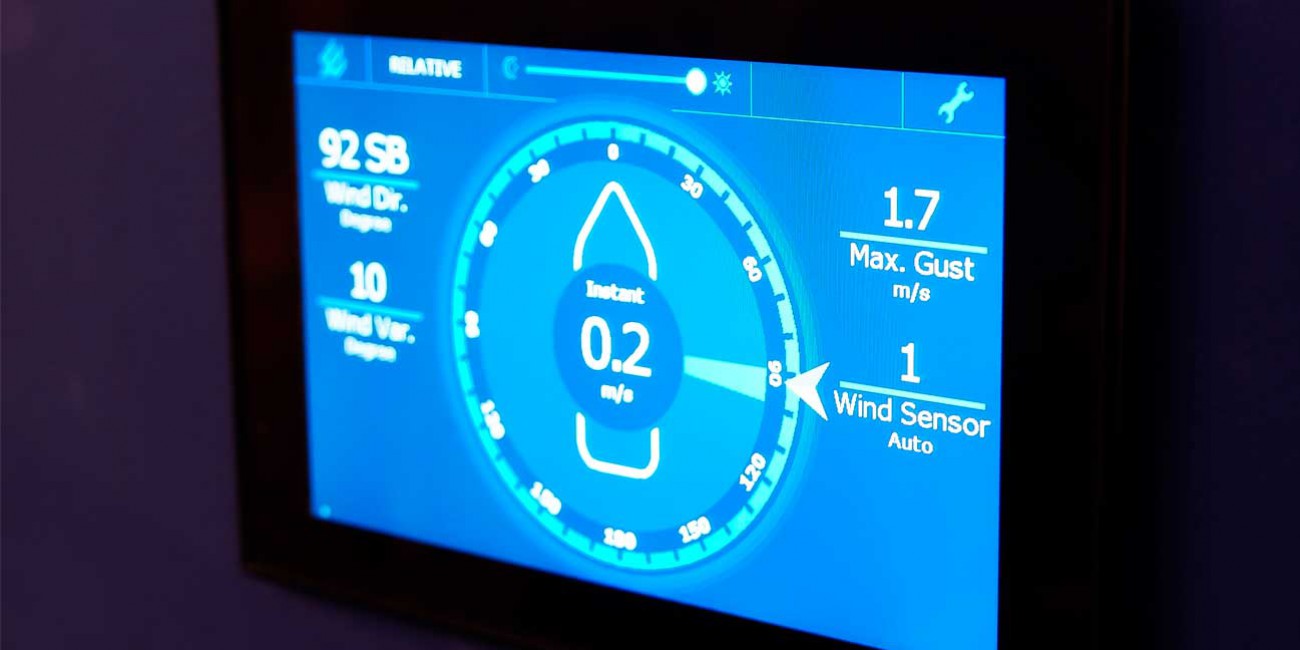 From Q1-2018 the Observator OMC-140 Multifunctional TFT Display will be supplied with a new software release, v2.4 (and higher). A new data sheet is available on our website and the latest features on the OMC-140 are described in this news article.

Perhaps you have seen the ‘airport met-version’ of the OMC140 during the last MTWX exhibition in Amsterdam, in which wind direction may be shown relative to a pre-set runway angle. Several end-users have downloaded and implemented this version to their full satisfaction. Additionally, using MeteoLink the OMC-140 now offers the possibility of showing wind information from up to a maximum 4 wind sensors. As standard these sensors are numbered 1 to 4, but names (or location names) may be changed to customer requirements.

The biggest change to the OMC-140 Multifunctional TFT Display, for both current and future users, is the implementation of the LAN port. Compliant to IEC-61162-450, NMEA data may be fed into and distributed over Ethernet. More data may be gathered, indicated and stored using NMEA over Ethernet, without the need for of external buffers and converters. The Observator MeteoLink SmartNode is now also provided with a LAN port, the combination of OMC-140 display and MeteoLink becomes an even better match for the distribution and indication of meteorological information and other data parameters.

Another change is the interconnection possibility to TurboWin+. TurboWin was developed at KNMI (Royal Netherlands Meteorological Institute) with contributions from several National Meteorological Services and endorsed by the WMO (World Meteorological Organization) and E-SURFMAR (European Surface Marine Programme). Meteorological observations made on board ships and fixed sea stations are a substantial component of the World Weather Watch provided that the observations are accurate and of high quality. The fixed sea stations and VOS (Voluntary Observing Ships) are key components of the GOS (Global Observing System) and climate research.

The Observator OMC-140 Multifunctional display is now provided with an output which can be directly fed to TurboWin. Thanks to KNMI this feature offers the opportunity of indicating critical met-info on board as well providing data transfer to National Met Services. Due to the flexibility of MeteoLink, this is a capability both using our own preferred meteorological instruments as well as those from a third party equipment suppliers.

Last year we were proud to announce that we received a [b]type approval[/b] for our OMC-140 Multifunctional Display from DNV-GL. Although type approvals are not mandatory for meteorological equipment, we decided to go for this approval as many customers like the confirmation of our high quality standards. This quality confirmation was also requested by Chinese shipbuilders, so, we are again proud that we recently received a type approval from CCS.

Further the OMC-140 Multifunctional Display has become even more multifunctional. Due to an end-user who wanted to use the OMC-140 on their frigates for applications other than meteorology, we have now designed some new lay-outs.

After our Danish distributer had signed a frame agreement with their local Navy, Observator won the contract to supply several shipborne met-stations. This order already contained dedicated indicators for wind, graphical indicators for general met and a cloud ceilometer, during the FAT we discussed the use of our OMC-140 for bridge repeaters. Our OMC-140 may now be used as repeater for a.o. Gyro, Echo sounder, Speed log, ROT, etc. 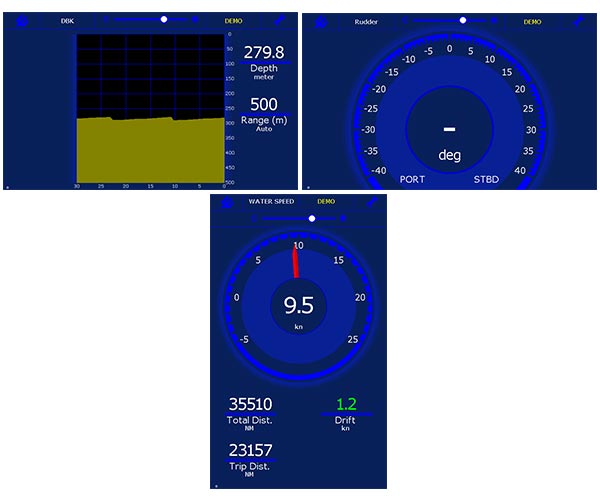 DEVELOPMENT IN THE PIPELINE

Features due for release this year (2018). The OMC-140 is already provided with a comprehensive alarm handling feature and comes with an audible and visible alarm. Further these high and high-high alarms can be available as contact outputs e.g. to be used in a MESCAQ configuration for tankers. At this moment we are following the discussions on BAM closely to be compliant with new regulations on alarm handling.

Furthermore, our R&D is busy with a new RS422 option board, which can be installed in a slot on the back of the display. This board will be called: OMC-140-3 Quad NMEA I/O extension board and will comes with one NMEA output, two NMEA inputs and one configurable NMEA in- or output.

This means that without the use of any additional buffers or splitters (which should be powered externally as well) outputs are available for e.g. DP, ECDIS and VDR and /or have more inputs for additional sensors or systems or e.g. for signals like DDC.